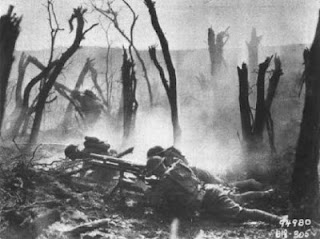 The young man looks at me with utmost sincerity and gathers himself up. “Earth is a battlefield,” he begins, “where good and evil are continually at war with each other and the only thing preventing it from becoming the Devil’s sole possession are good men who refuse to bend to the evil one.”

That’s not how I understand it,” I say. “It’s not a battlefield at all.”

He looks at me startled. “Is that what Mister Stevens told you?”

“Well, you can’t believe what he says. He’s the evil one. He speaks in lies and half-truths.”

“Maybe,” I say, “but I think on that one single point I might just believe him.”

He looks at me with his warm, mournful eyes. “How could you be that cynical?”

The young man looks agitated. He looks like he’s about to mount a very systematic argument, but then he seems to lose hold of it. “Listen,” he says. “I’m still really hungry. Would you mind if I had another one of your sandwiches?”

Excerpt from Friend of the Devil, available on Kindle. Say Friends and Neighbors out in Radio-Land, do you ever wonder what it would be like to be a jazz musician, hanging out in chili parlors, smoking reefers and getting picked on by God and the Devil at the same time? Or does the romance of the open road have special appeal to you? Then why not go on a four-state crime spree with America's criminal sweethearts, Bonnie and Clyde?  Follow Friend of the Devil on Facebook.
Posted by Brendan McNally, author of "Friend of the Devil," and "Germania" at 4:22 PM