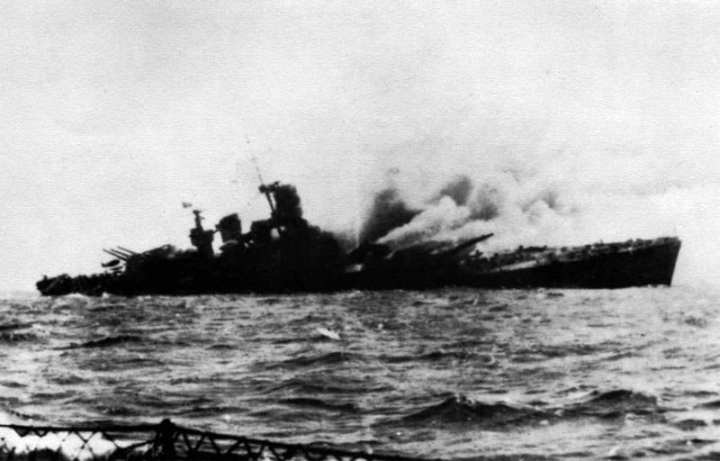 A couple of hours after midnight on the morning of Sept. 9, 1943, a large force of Italian warships – three battleships, three cruisers, and eight destroyers – slipped out of the northern Italian port of La Spezia. Leading them was the Roma, the Italian Navy’s newest and largest battleship, and they were going out to attack a large Allied naval force, which was, at that moment, staging an amphibious invasion further down the coast at Salerno. At least that was what Adm. Carlo Bergamini told a local German commander. But what they were really doing that night was switching sides and joining the Allies.
To read the full article, visit Defense Media Network at http://www.defensemedianetwork.com/stories/the-sinking-of-the-battleship-roma-and-the-dawn-of-the-age-of-precision-guided-munitions/

Posted by Brendan McNally, author of "Friend of the Devil," and "Germania" at 1:07 AM