Friend of the Devil: Bluesman on the Run from the Law Shares His Sandwiches with God

He eats the other sandwich quickly and rather than look sated, he seems even hungrier than before. He looks at me again with his big mournful eyes. “I feel terrible asking you this,” he says, “but, seeing how you’re not going to eat with me, would you terribly mind if I had the last sandwich?”

He reaches into the back seat and takes the paper bag and then sets it down on his lap and begins unwrapping the last sandwich. He puts the first half up to his mouth, leaving the other sitting in its bed of white paper on his lap. I feel my stomach start to rumble. I could ask for the other half, but I think I’d rather starve. 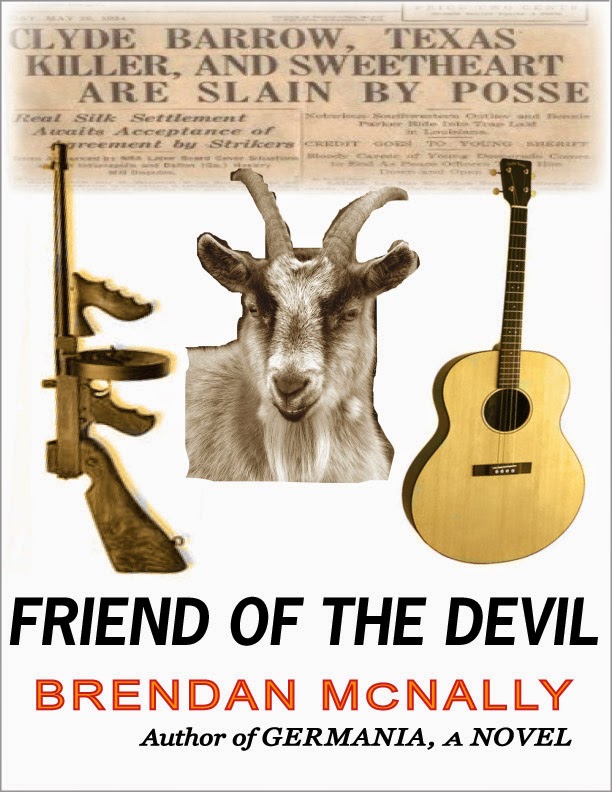 “Funny you should say, ‘It’s yours,’” he says. “Isn’t that what you told that woman when she robbed you?”

“Well, you didn’t have to say it. By telling her those sandwiches were hers, you were giving them to her. Technically speaking, after that she wasn’t stealing them.”

The young man looks surprised. “You aren’t? Didn’t you get sent to prison on a technicality?”

“Well, it’s a lot easier to get a conviction overturned if it’s on just a technicality. It’s just a question of having the right connections; a good lawyer, for example.”

“Good lawyer?” I snort. “I’m not sure such a thing exists, least not in Texas.”

We pass an old church. He stares at it like it’s reminding him of something he’d completely forgotten about.