Speer's Rebellion Against Hitler: Consorting with Assassins while Driving through the Ruhr

It happened again the following afternoon, only this time instead of coming out the front door he emerged from the alley, moving even quicker than he had the day before. On the third occasion he went into a regional police prefecture only to reappear a few minutes later, leading a frightened-looking man by the elbow. The man was wearing a raincoat which fit him so poorly Speer guessed they’d nicked it on their way out. Manni opened the rear door and let the man get in beside Speer. “He’s a friend of mine. I told him we’d give him a ride,” he said. Then he got behind the wheel, put the car into gear and they were off again. For the next two hours the man remained rigid, wild-eyed and trembling, like he thought he was still under the interrogator’s lamp. Eventually Manni glanced back from behind the wheel and asked Speer to find him something to eat. Speer went into his bag, and pulled out a can opener and a tin of mixed vegetables. He went to work opening it, then pulled back the lid and handed it to the man, who stared at it warily before taking it in his hands, and gulping down its contents in a few seconds. Once he finished, he looked around ravenously, then sank back in embarrassed silence. Finally, just as it was getting dark, they drove into a forest and let him out near a logging road. Without saying goodbye or waving the man hurried up the path and disappeared into the trees. 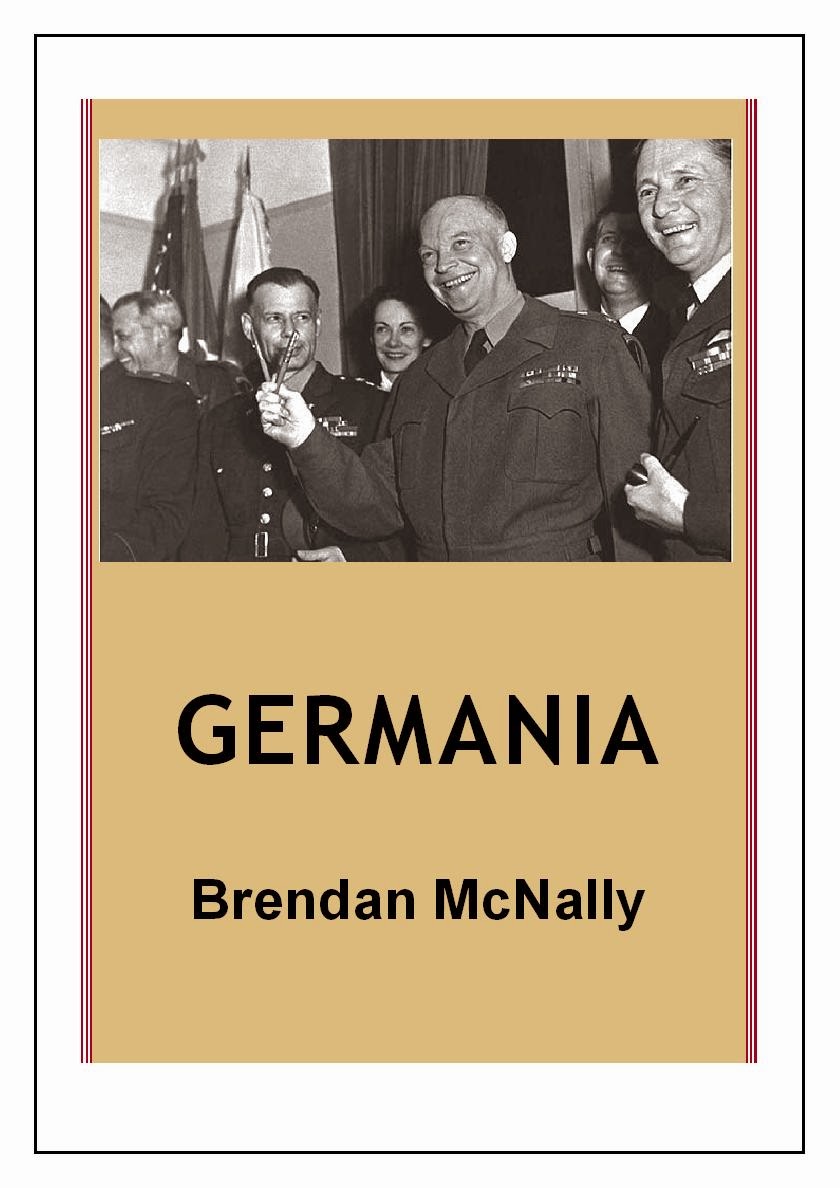 After that it got even stranger. He’d pull up to different party offices, and for several minutes would wait, meditatively staring into the building, never saying anything. And then he would either get out and go in or simply change his mind and drive off. Either way, he never explained anything.

During one such time, it occurred to Speer that perhaps the young man was an assassin, whose real mission was killing off Nazi Party officials. But he immediately told himself he was being silly. But then the next time the young man went out, it occurred to him again, and again the next time and the time after. And each time Speer dismissed the idea, until one day, just as he was getting ready to go, the young man took out his pistol and casually screwed a silencer onto the barrel before returning it to his jacket. As they watched him disappear into the building, von Poser suggested they could drive away at that moment. But for some reason Speer said no.

An hour later as they were driving down the road, hidden inside a military convoy, Speer asked himself what it was that actually bothered him about it, other than the prospect of getting caught. Was it that he murdered somebody or that it was someone whose only crime was slavishly obeying the Fuhrer just as he had been only a few days earlier?

When Speer had finally decided to go against Hitler, he never imagined it would suddenly put him in league with murderers and assassins. But then, why should he have such a problem with that? The fact was he’d been consorting with thugs and murderers for twelve years now anyway. Of course the difference was the SS and Stormtroopers were supposed to be the good guys. They’d been on the side of the law. They were following orders. They were supposed to stand for what was right and decent in the world. Manni Loerber was a lone crazy acting on his own, without orders or moderating influence or any kind of official justification. But was that the only real difference? It sure didn’t feel that way.

Or was it the way he operated? Was it knowing that when he put the bullet in their head he had them laughing and reminiscing about the good old days at the Blue Star Cabaret and the Admiralspalast? Was it better to be assassinated when you were happy than when you were scared?

Speer tried to remember what he knew about the Magical Loerber Brothers. Like most Germans he’d seen them perform easily a dozen times and certainly he’d enjoyed their act. It was impossible not to. But at the same time he’d never been part of the Loerber Brothers Mania which went on through the 1920s and ‘30s. He remembered seeing the cover of one particular variety magazine with their four clean-scrubbed, blonde haired, blue-eyed, smiling and utterly indistinguishable faces arranged in a half-moon. Which one is your favorite? it asked. Until then he had never imagined that such a thing as a favorite Loerber Brother could exist. Since he’d never been able to tell any of them apart, it hadn’t occurred to him that they might possess individual personalities. But everyone else apparently could and they obsessed endlessly over the supposed minutia of their lives. Franzi’s Secret Crush! Twenty things you don’t know about Manni! How does somebody like that turn into someone like this? What had happened?
(An abbreviated version of this chapter appears in Germania, Simon & Schuster, 2008, now also available on Kindle here).
Posted by Brendan McNally, author of "Friend of the Devil," and "Germania" at 4:22 PM