An Old Bank in My Neighborhood that Clyde Barrow Robbed

If you go around Dallas looking for places that still resonate with the memory of Bonnie and Clyde, you'll find them and, quite often, in places that have changed remarkably little since the time that the Barrow Gang came through, raising their unique hell. 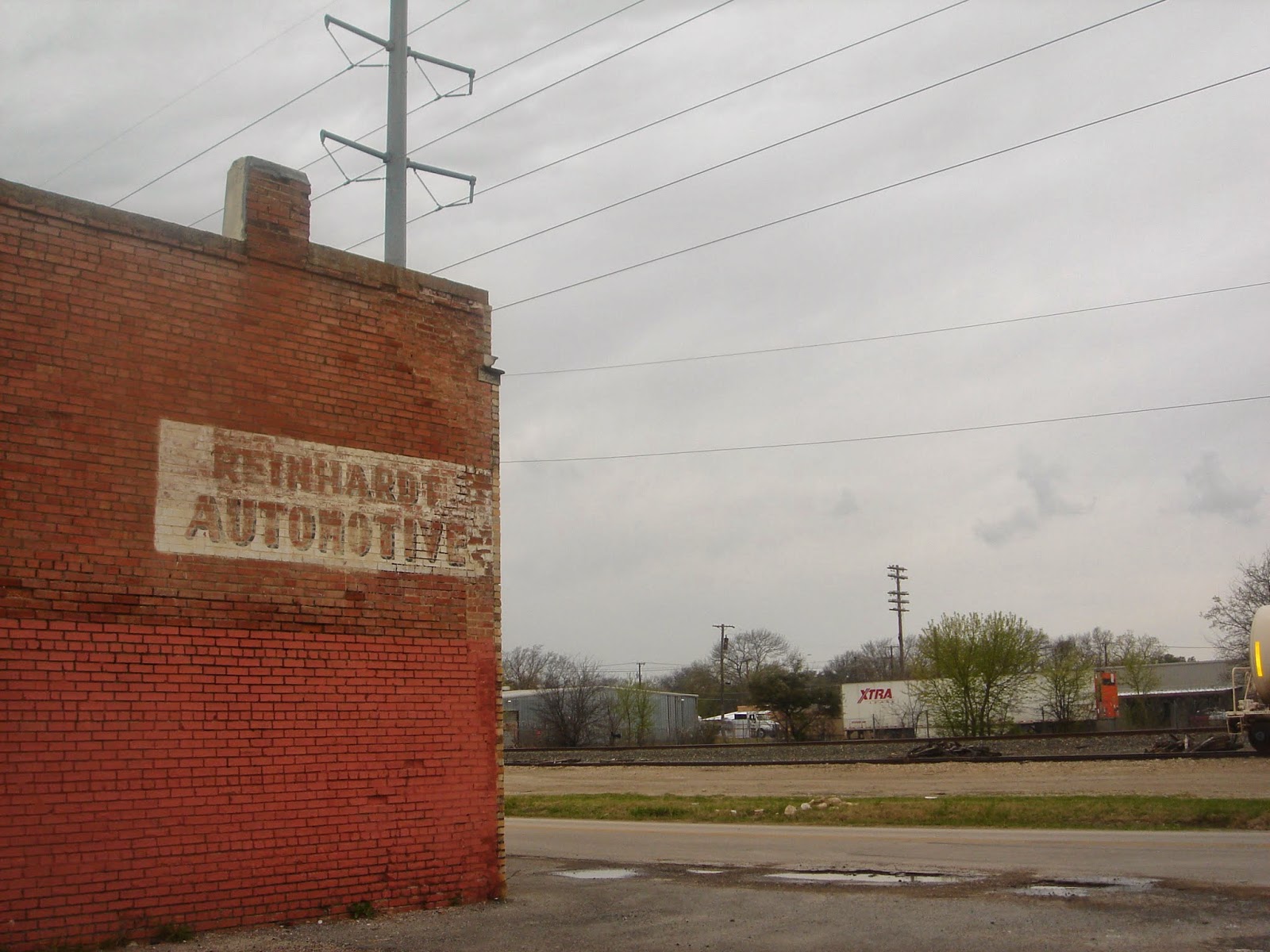 Reinhardt, Texas is one such place.  A hundred years ago Reinhardt was a little settlement  outside of Dallas, built along the tracks of the Atcheson, Topeka, and Santa Fe railroad tracks. At the turn of the century, Reinhardt had a train station, a hotel, several stores, a bank, a post office, a race track, and two schools; one for white students, the other for the "coloreds."  In its day it was a bustling place.  In 1928 or 29,  Clyde and a couple confederates robbed the bank there. A year later, it went out of business.

Just as East Dallas remained its own jurisdiction during the first half of the 20th Century, Reinhardt also stayed its own town during the 1920s, 30s, and even halfway through the 1940s. But the city of Dallas,  Big D, was growing by leaps and bounds and in 1945 annexed East Dallas, and Reinhardt pretty much stopped being its own town.  But you can still find it, if you go up along the railroad tracks that run parallel to Garland Road, a half mile east.  The old warehouses next to the depot got subdivided into a couple dozen mini warehouses and are working space and storage to countless wordworking shops, roof repair and auto body concerns, and businesses where the proprietors as a rule aren't particularly inclined to discussing how exactly they make their money. 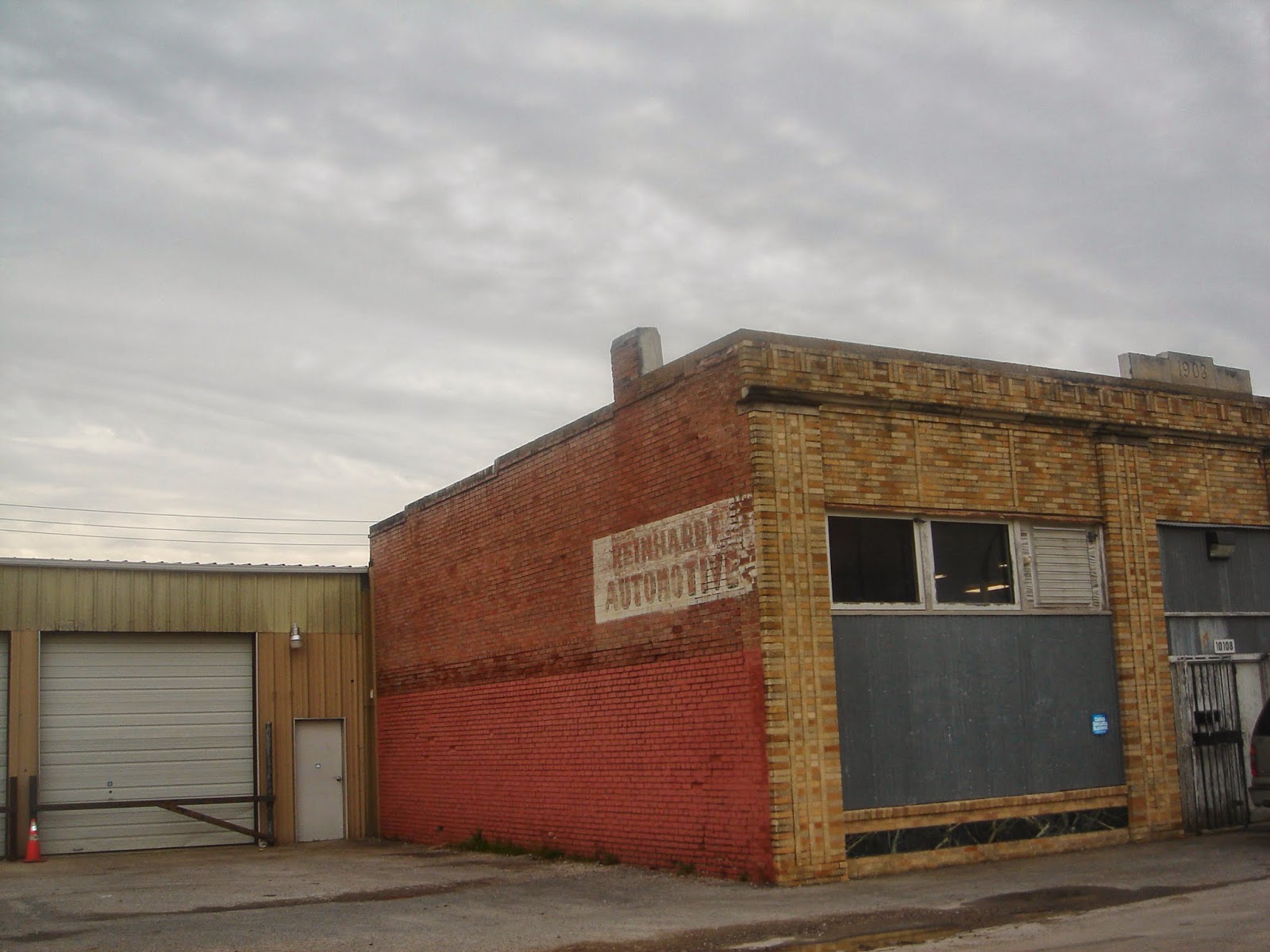 The bank building still stands there, but it's either a warehouse or a workshop.  We went by this afternoon and could see that the lights were on inside and that somebody was doing something. But somehow we knew better than to knock on the door and ask if they knew the building's particular history.  People in Reinhardt, as a rule, don't care for idle chatter.

Here is what Clyde Barrow says about his hometown of Eagle Ford (in West Dallas) in my novel Friend of the Devil:

Sure, I may dress and act like a big- city sophisticate, but when all is said and done, what I am, sir, is a man of West Dallas.

West Dallas isn’t the same as Dallas proper. In fact, they’re about as different as you can get. Dallas has skyscrapers with elevators, hot and cold running water and an avenue downtown lined with air-conditioned movie houses. You want water in West Dallas, you best dig yourself a well or pay fifty cents a barrel when the city truck comes by every other week. Yes, West Dallas is its white trash underbelly at the other side of the Trinity River Aqueduct. We aren’t rich or modern or respectable, but damn it, we got our code. We don’t squeal, we don’t steal from each other, and we don’t betray our kin to the laws, no matter what.


If you'd like to read more about Bonnie & Clyde, check out Friend of the Devil, available on Kindle.

Posted by Brendan McNally, author of "Friend of the Devil," and "Germania" at 2:03 AM