Except for the old lady who owned the house, everyone else was gone.

Ziggy stared down at the body. Looking at his dead brother, he still didn’t know what to feel. Regret? Loss? Inconsolable sadness? None of them were there. Perhaps they’d come later.

Manni came over and sat down across from the body.

Ziggy looked over at him. “He told me you were an assassin,” he said.

Manni looked at him like he wasn’t sure he was an imbecile. “And you’re a U-Boat captain with the Knight’s Cross,” he answered. “How many ships did you sink?”

"Including my time with Luth, fourteen.”


"Manni, do you feel the British gave you enough respect?” 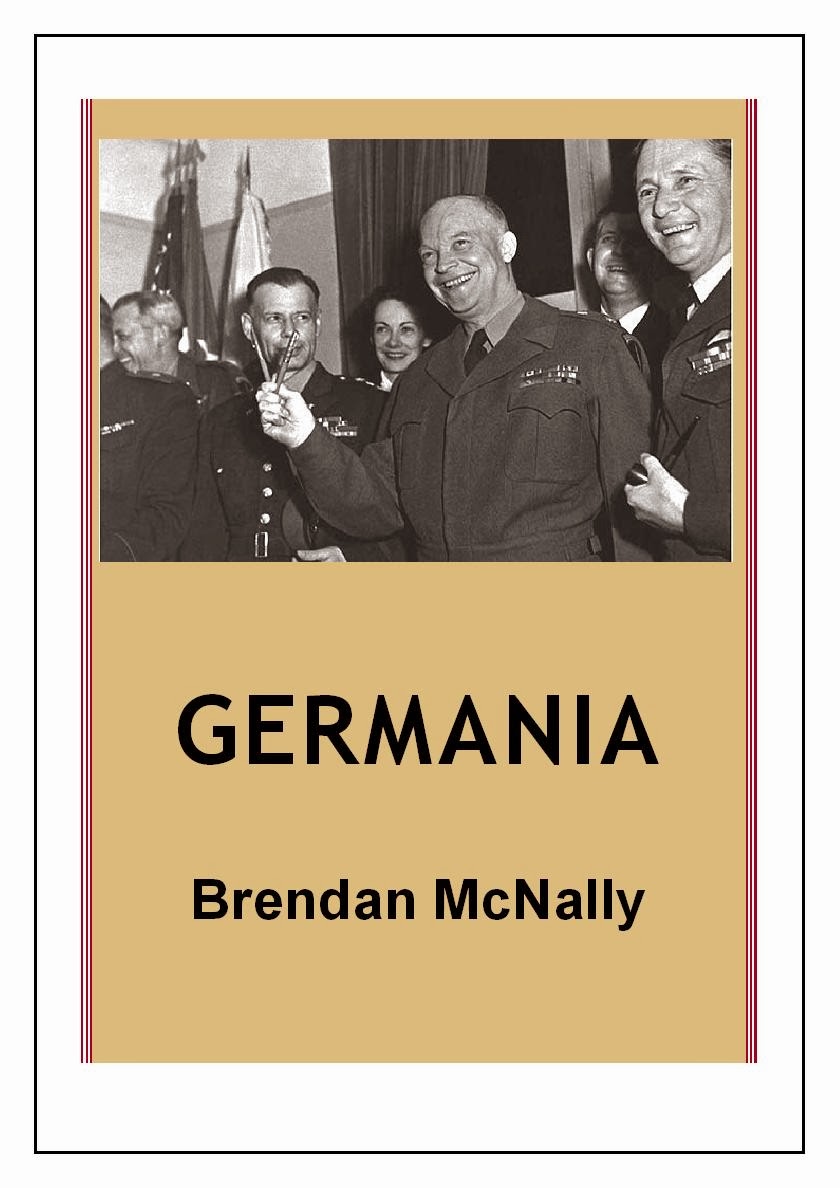 Manni blew a burst of air through his nose, letting Ziggy know that what he’d said was funny, though not amusing.

"Where were you when Father died?” asked Ziggy.

"In Canada,” he answered. “Did you hear where Franzi was?”

"Did he find anything?”

"Besides a bad case of the clap? I don’t think so.”

The door opened and the old lady gestured at Manni from the threshold. He got up. “Look,” he said, “we’re going to have to decide what to do about Franzi. We’ll talk about it when I get back.” Then he followed the old lady into the hall, closing the door behind him.

Ziggy stared down at the threadbare carpet and the stray threads splitting off from the worn spots and suddenly knew the path that lay ahead for Franzi. Himmler’s group wouldn’t stay together much longer. It wasn’t possible. Things were so unstable now that even the slightest obstacle would cause them to fray and spin out in different directions, and once that happened, Franzi would be free. He saw it with diamond-sharp clarity.

He looked at Sebastian and suddenly the sadness was tearing him apart. If only he could have known this. How long had he been dead? He looked at the reddening sky outside the window. Twenty four hours, the same as eternity.

He stood up and went over to the body and brushed his hand against Sebastian’s hair. He found himself remembering the old days when they were performing. Had he ever known how brilliant he was? Had he ever looked beyond the top hats and tails, the five-six-seven-eight razzmatazz and seen what the rest of the world all took for granted? That the seedy glamour and corniness were nothing more than a picture frame in which genius ran free? Ziggy had hated the reminiscing too. But they really had been something. Better than cartoons, as good as jazz.

The door opened. Ziggy looked up and saw Manni re-entering the room, followed by a man in a dark suit. It was Speer.

"Ziggy, you’ve met Herr Reichsminister Speer, haven’t you?” said Manni. Speer put his hand out and Ziggy shook it. “Please, allow me to extend my condolences over the death of your brother,” said Speer.

Speer looked down at Sebastian’s body and tears welled in his eyes. He turned to Manni. “Honestly, Herr Manni, after all we’ve been through, I didn’t imagine anyone’s death would bother me this much, but it does. I don’t understand why.

"It’s funny how you hope for things. I thought that with the war ending we’d all get to see you perform again.” A tear ran down his cheek. He gave a polite bow and left.

Ziggy and Manni returned to their chairs. They sat for a while, then Manni said; “Sebastian is dead. That can’t be changed. Now what are we going to do about Franzi?”

Ziggy spoke quietly. “I’ve got a feeling that Franzi’s time will come soon. And when it does, he won’t need our help.”

"Is this something that you suspect, or are you getting premonitions?”

Manni looked genuinely amazed. “I thought you didn’t do this anymore.”

The hostess gestured at Manni again. “We’ll talk about this later,” said Manni. “Let me see what she wants.”
(Excerpt from Germania, Simon & Schuster, 2008, now also available on Kindle here).
Posted by Brendan McNally, author of "Friend of the Devil," and "Germania" at 3:04 PM