Rather than drive directly back to the Marineschule, Cremer drove to a hillside overlooking the tiny harbor. There must have been a hundred ships and boats crammed in there; U-boats, destroyers, freighters and tankers, along with dozens of tugs, gunboats, patrol craft and minesweepers. None flew flags. Floating on the glistening water, in the bright morning light, they looked colorless, except for streaks of red oxide and rust.

“Let me show you something,” said Cremer, pointing to the far corner of the harbor. Ziggy looked and to his utter shock, saw that there was a scattering of seaplanes and behind them, three monstrous four-engine flying boats bobbing in the water. He couldn’t believe it. Until now, the only flying boats he’d ever seen had been much smaller British Catalinas. Early in the war, there had been a lot of enthusiastic talk about some getting built for the German Navy. But since, as the saying went, everything that flew belonged to fat Hermann Goering, a man with a pronounced antagonism towards naval affairs, the matter was apparently shelved. But now, here, a few hundred meters from him, three of them floated like a fact of life. 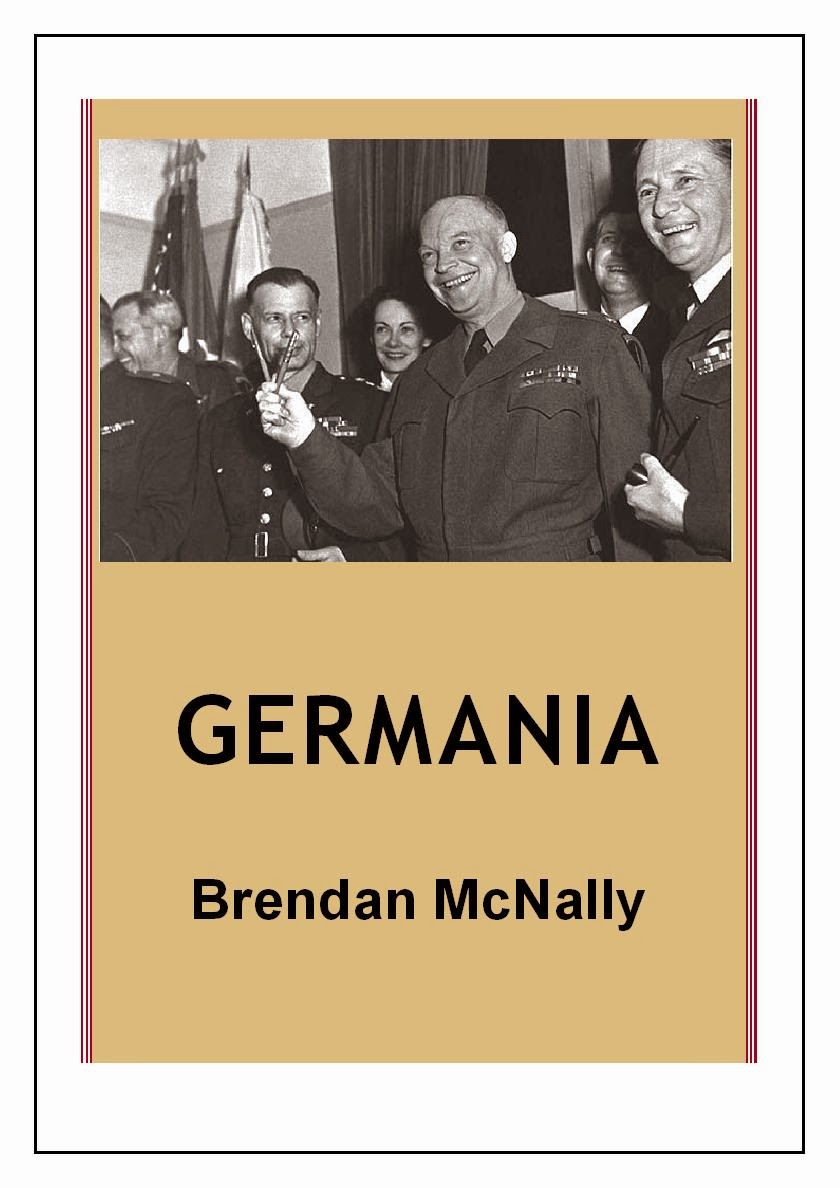 “Neither did the Grand Admiral,” said Cremer giving a bitter smirk. “Needless to say he flew into a rage when they suddenly appeared the other day. They’re special operations stuff. Flew in two days ago from Bornholm, right when the Russians were moving in. They’re part of something called KG200, a top secret unit no one has ever heard of, not Jodl, not Keitel, not even anyone from the Luftwaffe High Command. Officially they’re Luftwaffe, but under SS command. Of course your friend Westerby seemed to know all about them. Apparently he believes Himmler ordered them here for his getaway.”

“It could be. It’s just that the SS has vanished once they found out that the British were looking for them. Nobody has seen neither hide nor hair of Himmler in days. We heard he was up at Field Marshall Busch’s headquarters for a while, but then Busch withdrew his hospitality and no one knows where he is now.

“So why are the flying boats here?”

“That is the big mystery,” mused Cremer. They just showed up here one morning, like a flock of snow geese. Doenitz had the pilots brought in and demanded they tell him who ordered them to come here. They say they don’t know, that it all comes from a secret source.”

“So what did they claim they’d been using those boats for?”

“What a waste!” sighed Ziggy. “Think how many U-boat crews we might have saved if we’d had access to them.”

“That’s what the Old Man said."

For a minute, neither of them said anything as they continued to stare at the huge, floating aircraft.

“So how is everything here?” asked Ziggy. “Are things calming down at all?”

“Oh sure, a little,” answered Cremer. “The night the surrender got announced, there was a lot of howling. A mob of U-boat officers stormed into the Old Man’s offices demanding to speak to him. It was about three in the morning. Ludde Neurath sent them all away. He told them the Grand Admiral was sleeping, that they had their orders and they were to follow them and keep their mouths shut. It was really quite a performance. I never imagined Ludde Neurath had it in him. Half of those guys were senior to him. But at the moment, yeah, things are quiet. I don’t know how long that will last. Anything could set it off.”
(An abbreviated version of this chapter appears in Germania, Simon & Schuster, 2008; Kindle download available here).
Posted by Brendan McNally, author of "Friend of the Devil," and "Germania" at 6:58 PM