At first, a war is a cause, a crusade. But ultimately it becomes nothing more than an intersection of x and y axes; a cost-benefit analysis, a calculus of conditions and circumstances. In this particular war, the lines had been crossed a long time ago and there was no longer any benefit, just cost. It wasn’t a question of belief or will, only numbers. And the numbers had said only one thing: the was is lost.

While the Western Allies stayed to the Western bank of the Rhine, people kept hoping it might somehow stay that way, as it had been two thousand years earlier when the Rhine had marked the Roman Empire’s northernmost border. They wondered what it might take to ultimately convince the British and Americans to stay put. The French could keep Strasbourg and the Alsace, the Russians the eastern bank of the Vistula. As far as fallback positions went, it almost bordered on the agreeable, Not that the Fuhrer would have seen it that way. But then again the Fuhrer wouldn’t be around for ever.

But of course now the Rhine was breached and the Americans were racing the Russians to Berlin. Now it was a question of trying to limit the destruction so that there might be something left for the future. It should be something everyone could agree to. 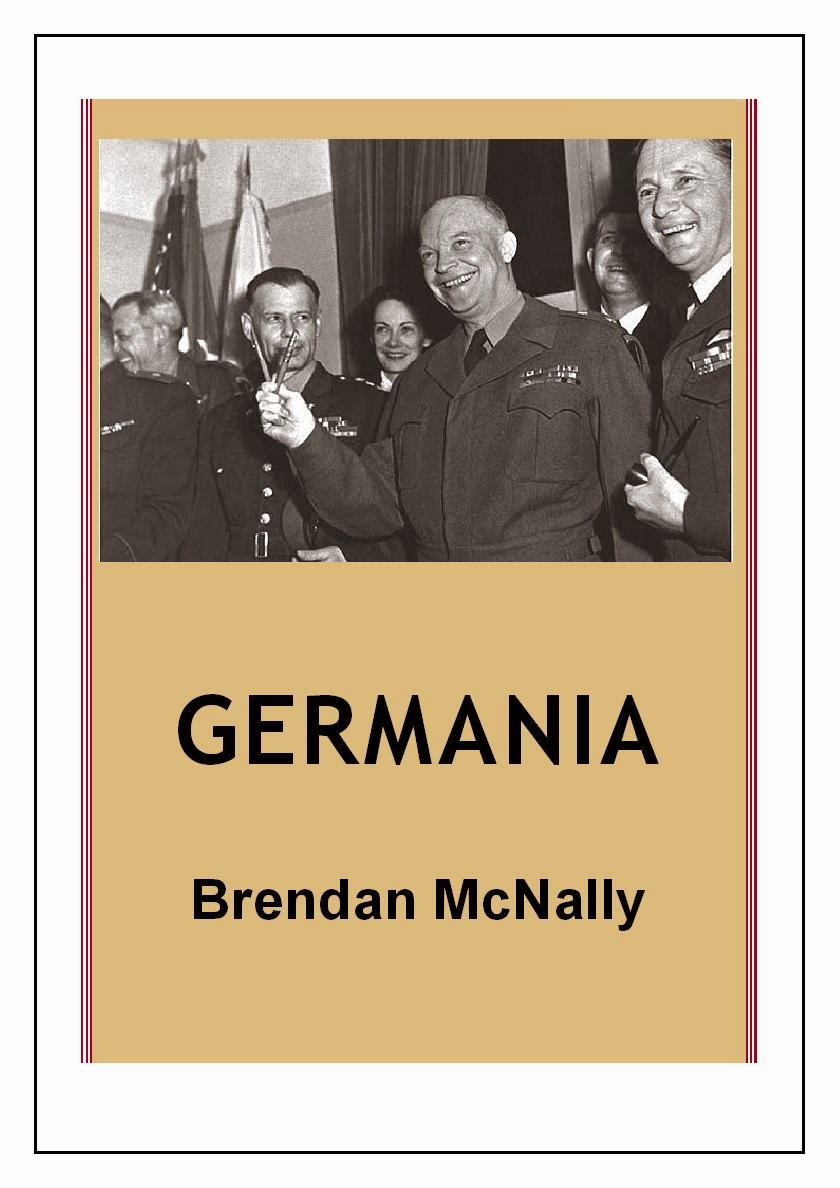 He and von Poser had gone in thinking it would be easy, since by then, Speer was on a personal basis with nearly every factory director in the Ruhr. Despite his youth, they all looked to him as a guiding light, someone who understood their needs and concerns, who respected their expertise and knew what could and could not be done. And he was someone they could speak frankly to about the suicidal course the war had taken. They’d all been acutely aware of what Hitler had done to the industrial areas in the east and were adamant the same thing not happen to their beloved Ruhr. Some had even dropped broad hints about their willingness to go against the regime should Speer elect to break with Hitler and lead a revolt. But now that Speer had come to do just that, they were suddenly overcome with reticence.

"Had I said that, Herr Reichsminister? You must be mistaken.”

"Perhaps we should stop the conversation right here, Herr Reichsminister.”

"Herr Reichsminister, what you are suggesting is quite impossible.”

"Herr Reichsminister, you must not ask this thing!”

"Herr Reichsminister, I’ve always had the utmost respect for you, but if you do not leave at once, it will be my duty to inform the local Party militia of your subversion.”

"Now please, you must leave, immediately.”

Not that it was surprising that everyone was now so scared. With everything in complete disarray and communication with Berlin hopelessly tangled, the local Nazi Party chiefs, the gauleiters, now held absolute power. Their “flying squads” seemed to be everywhere, examining travel documents, searching vehicles, questioning people about what they were doing away from the front lines, and then acting as judge, jury and executioner against anyone whose enthusiasm for the war they found wanting. Their victims were either taken away for torture interrogations or simply strung up from the nearest lamppost where they remained for weeks as a reminder to everyone else.

By the end of the first day, Speer was ready to throw in the towel and head back, and he would have except that von Poser’s steely determination showed no hint of flagging. So they went on, day after day, visiting chemical plants, steel mills, coal mines, electrical generating stations, ammunition works. Most of the distance driving they did at night, since during the day the sky teemed with enemy aircraft. Sometimes they traveled with military convoys, but more often alone. The roads were always kept dark and with their headlights masked down to tiny illuminated squares, they had to proceed slowly, since the roads were full of bomb craters and debris.

It was always a big guess where the roads would take them, since everything was rerouted and changed. Where the front actually was, was kept secret and more than once they ended up at the front lines with less than half a kilometer between themselves and the nearest enemy tank. Even more confusing was the fact that nothing looked familiar anymore. In his years as armaments minister, Speer had visited every factory town there countless times and knew the region like the back of his hand. But with half the buildings flattened and the sprawling industrial plants transformed into forests of twisted metal girders, frames and broken pipes, Speer and von Poser often found themselves disoriented. But as wrecked as everything looked, Speer knew that a surprising amount was repairable. Factories were often up and running again in a matter of days, machine tool works sometimes within hours. Of course if the militiamen really tried, they could render everything completely unfixable. And that was Speer’s biggest worry.

They drove around, visiting the factories that came their way. They’d talk to whoever was around, sound them out, listen to their excuses, nod sympathetically and then move on to the next location, hoping they’d get lucky. They’d knock off late in the afternoon, sleep a little, then drive through the night. Usually toward the dawn they’d find a command post where there were cots or they’d simply pull over and rest for a few hours. Sometimes they ate from their stock of canned food, but mostly they tried to eat whatever was being spooned out for the troops.

Then one night they were driving between Ludenscheid and Dessau on a particularly badly bombed stretch of autobahn. Speer sat beside von Poser in the front seat, an air defense map spread on his lap, while the radio alternated between piano concertos and a lifeless voice reading out positions of enemy aircraft; fighters reported in Grid E-6 heading westward, enemy fighters in Grid F-12 bearing east. Enemy fighters in Grid D-9 heading east, enemy bombers in Grid C-7, C-8 and C-10, high overhead heading west.

Then suddenly they heard the metallic scream of aircraft engines as machinegun fire ripped up the ground in front of them. Von Poser slammed on the brakes and before they knew it, the car was plummeting down the embankment. They pushed open the doors and jumped out onto the ground. A twin-engine Heinkel roared over them, with a smaller American fighter tight on its tail, firing away. The Heinkel’s starboard engine was aflame. Then its wing crumpled and it turned over, plunging into the darkness. A second later they heard the dull explosion and saw the flash of fire in a distant field.

They tried getting their car out of the ditch, but the mud was too thick and the four back wheels only spun uselessly. They stood around in the darkness unsure of what to do next. In another hour it would be light enough for the American Mustangs and Thunderbolts to return and begin strafing anything that wasn’t already blown up.

(Excerpt from Germania, Simon & Schuster, 2008, Kindle ebook version now available here).
Posted by Brendan McNally, author of "Friend of the Devil," and "Germania" at 10:56 AM