Doenitz got up from his chair and opened the door to the outer office. Ludde-Neurath was staring at the war log. “Sir?” he asked, looking up.

For one very long, uncomfortable moment, Ludde-Neurath stared back hard at him like he wasn’t sure it was a trick question or something else. Then he answered, “Sure, all the time.”

"Sir, what do you think people talk about?” 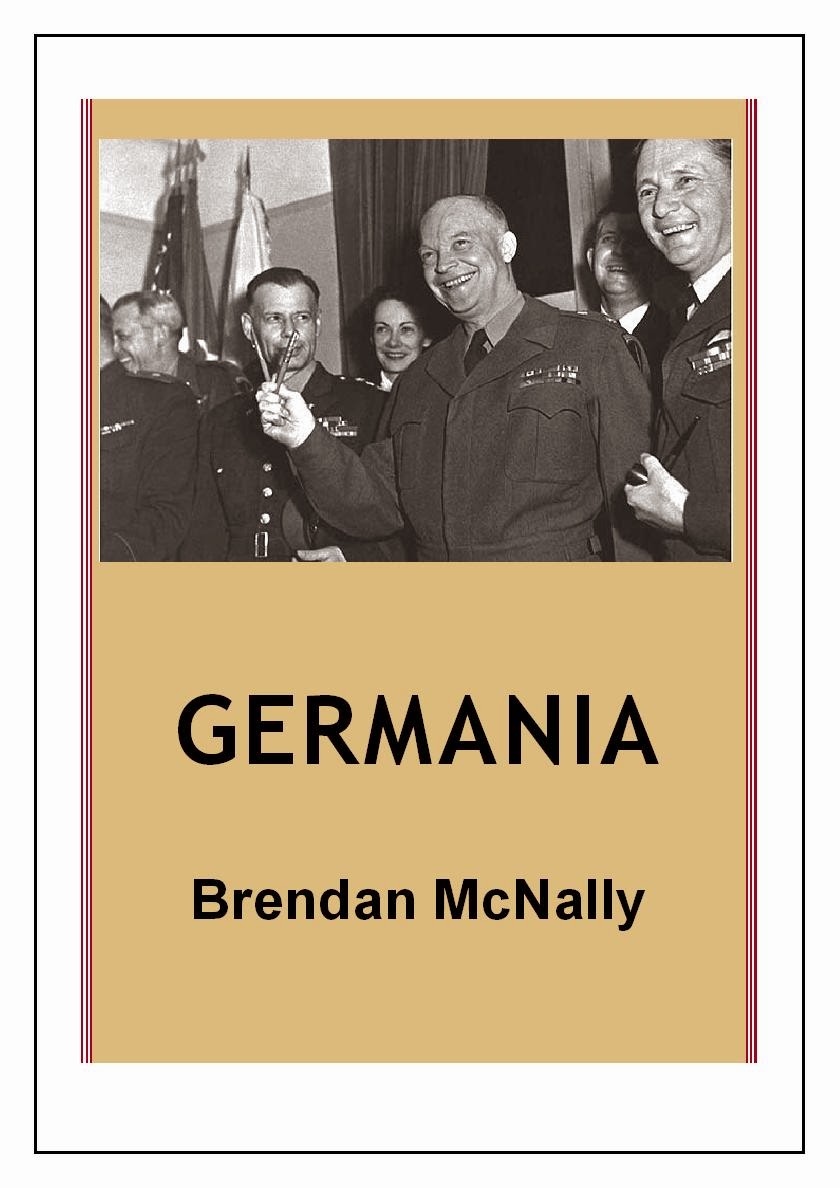 Doenitz nodded and went back into his office. He finished off the coffee, set the cup back down and rubbed his eyes. Then he switched off the desk lamp and in the darkness swiveled his chair around toward the window. As his eyes grew accustomed to the darkness, he saw the first light was beginning to gather in the Eastern sky. In another hour, the first allied air attacks would commence. They would hardly discriminate between refugees and military traffic.

Today was May first, May Day. A funny time to start.

Later that morning, Doenitz convened his first government meeting. He announced to his staff that he was now the Head of State and would be seeking an immediate cessation of hostilities with the West while continuing military operations to support the evacuation of the Baltic.

But it was May Day; Day of Revolt. And in Hamburg, the surviving residents declared a Socialist Revolution. In keeping with a century-old tradition, they hung red flags from lampposts, buildings, windows, anywhere they could. Of course the only red flags anybody could find had big circles with swastikas at their centers. But once those were cut out and discarded, everyone agreed they served their historic function quite sufficiently. Kaufmann, the Hamburg gauleiter, sent Doenitz an ultimatum: if he did not allow them to declare Hamburg an open city, they would turn against the city’s defenders in order to avoid further British attacks. Doenitz was furious, but there was nothing he could do. He radioed a request to the British for a truce.

By now his government was seven hours old. It consisted of himself, Speer and two advisors. Speer pointed out that they needed someone to handle diplomatic affairs. They spent the better part of the morning searching for someone to fill the combined post of chancellor and foreign minister. Within hours, candidates began to show up. The first was von Ribbentrop, Hitler’s old foreign minister. As usual, he was drunk. He loudly demanded Doenitz restore him to his post, citing his close friendship with the current British Prime Minister, “Mr. Vincent Churchill.” He was promptly ejected from the premises. Himmler arrived next with Count Schwerin von Krosigk, the old finance minister and a onetime Rhodes Scholar, upon whose coattails Himmler hoped to ride back into power. Doenitz ejected Himmler and kept von Krosigk, if for no other reason than to prevent the Reichsfuhrer from forming a shadow government.

They held another government meeting. Von Krosigk conceded that at this point their diplomatic options were few. He too had heard the rumor about Schellenberg’s negotiations with Eisenhower but after having spent the morning with the Reichsfuhrer, he had no reason to believe it had any basis in fact. “One thing is certain, Grand Admiral,” he said to Doenitz. “We’ve only got one card we can play; the Russian card. If we can convince them that without our help, they too will be swallowed up by the Red Tide, we might have something.”

Then someone pointed out that the question of whether Hitler was alive or not still remained and not knowing might hamper any negotiations. That glaring fact had slipped their minds. Not long after that, a final telegram came from the bunker informing Doenitz that Hitler had died the previous day, several hours, in fact, before Doenitz received word of his appointment. The Fuhrerbunker and all of Berlin went silent. That night, Doenitz went on the radio and announced Hitler was dead.

The next morning Doenitz summoned Admiral von Friedeburg, his longtime deputy and new head of the Navy. “I want you to go to Field Marshal Montgomery and negotiate an end to the fighting,” he told him. “Try to get him to agree to a partial surrender in the Northern Sector, but above all, persuade him to give safe conduct to civilian refugees and to retreating military personnel. I know we are in no position to bargain. We are beaten. Nevertheless you must do this for the sake of our people. You must get him to agree.”

Watching von Friedeburg leave, Doenitz felt a momentary surge of hope. Von Friedeburg was the best man he had; tough, courageous, forthright and professional. His presence made Doenitz feel, at least in that instant, that his government might rise above all the prevailing depravity and opportunism and make something of it that was decent and good.

(Excerpt from Germania, Simon & Schuster, 2008, now also available on Kindle here).
Posted by Brendan McNally, author of "Friend of the Devil," and "Germania" at 2:10 AM