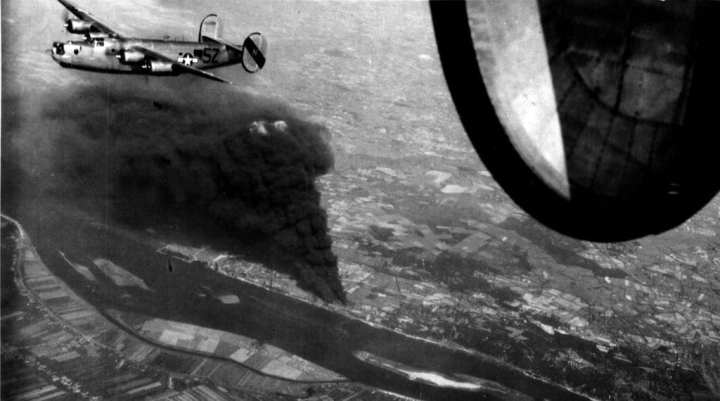 A B-24 Liberator of the 856th Bomb Squadron, 492nd Bomber Group, 8th Air Force, over the the Rhenania-Ossag oil refinery near Hamburg, Germany, Aug. 6, 1944. The 492nd was disbanded due to heavy losses in early August 1944. National Archives photo

By early June, 1944, the 492nd Bombardment Group had flown twenty-four missions. Most had been easy ones, either supporting the Normandy invasion or going after V-1 launching sites in France. But whenever they’d attack targets in Germany, things usually got nasty. On their fifth mission, against the Brunswick marshalling yards, they lost eight aircraft. Bombing the refineries in Politz, 10 days later, they lost three more. Read the full story at Defense Media Network here.
Posted by Brendan McNally, author of "Friend of the Devil," and "Germania" at 8:59 AM